Proof that my itinerary for Japan was as crazy as I described:

“I put together an itinerary that planned my days to the hour, included all price estimates (in both JPY & USD) of every activity and wrote down not only the addresses, but also step-by-step directions to each destination. I even had the names of each place typed in Japanese just in case I ended up having to ask someone for help who didn’t speak English because this way, they would at least be able to read their own language (crazy, right?).”

Yes, I still have it.

I know, I know. I went a wee bit overboard. But I wanted everything to be perfect. PERFECT. Anyway, I’ll try to include as many of my Japan pictures as I’m okay with posting (my photography skills weren’t the best). 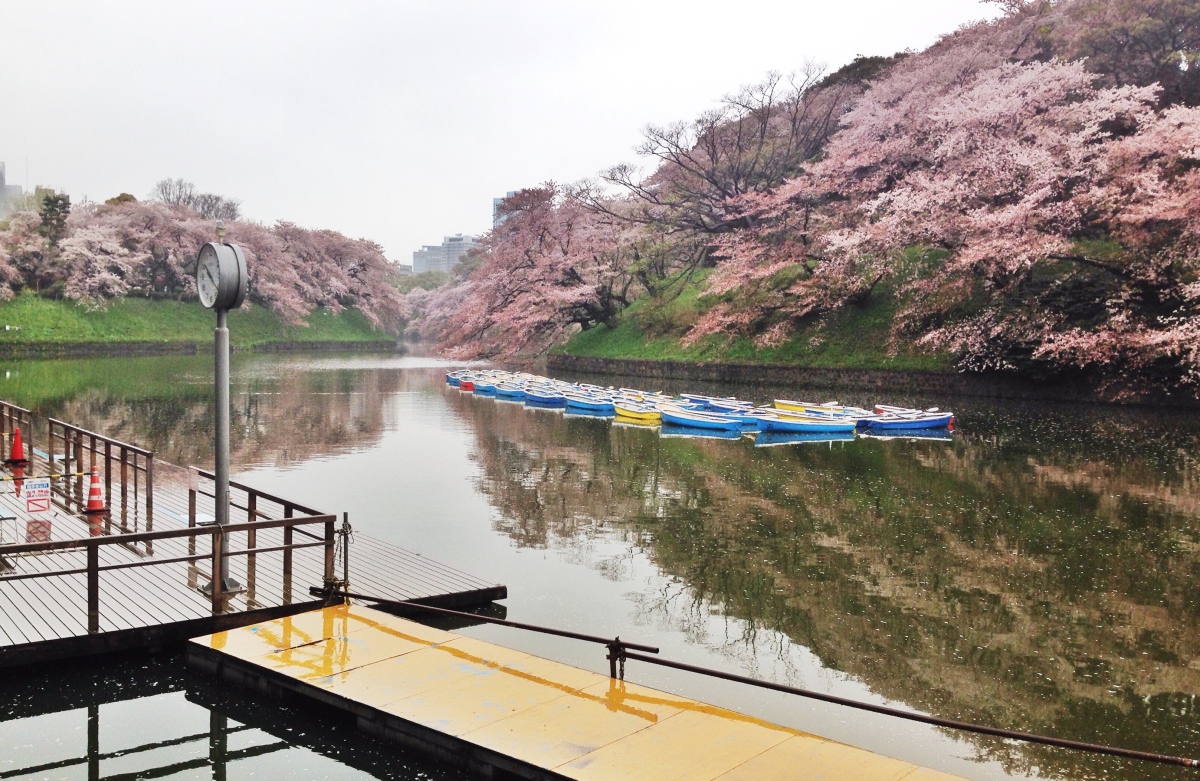 I was also supposed to ride one of those little boats, but it was raining so they were closed *cry face*

I showed Shahan this picture and he said, “You edited this too much, it looks fake.” Then I showed him the original. He shut up because it looked the same. This is just what it looks like. Japan in April ftw.

There was some sort of convention going on so the entire bottom floor was filled with people, but you can’t see them because they’re out of frame hehehe. There were also security guards by the elevators on every floor (five of them, I think), and every single one of them watched me as I walked back and forth across these bridges, gawking and holding my GoPro because this architecture is SO COOL. 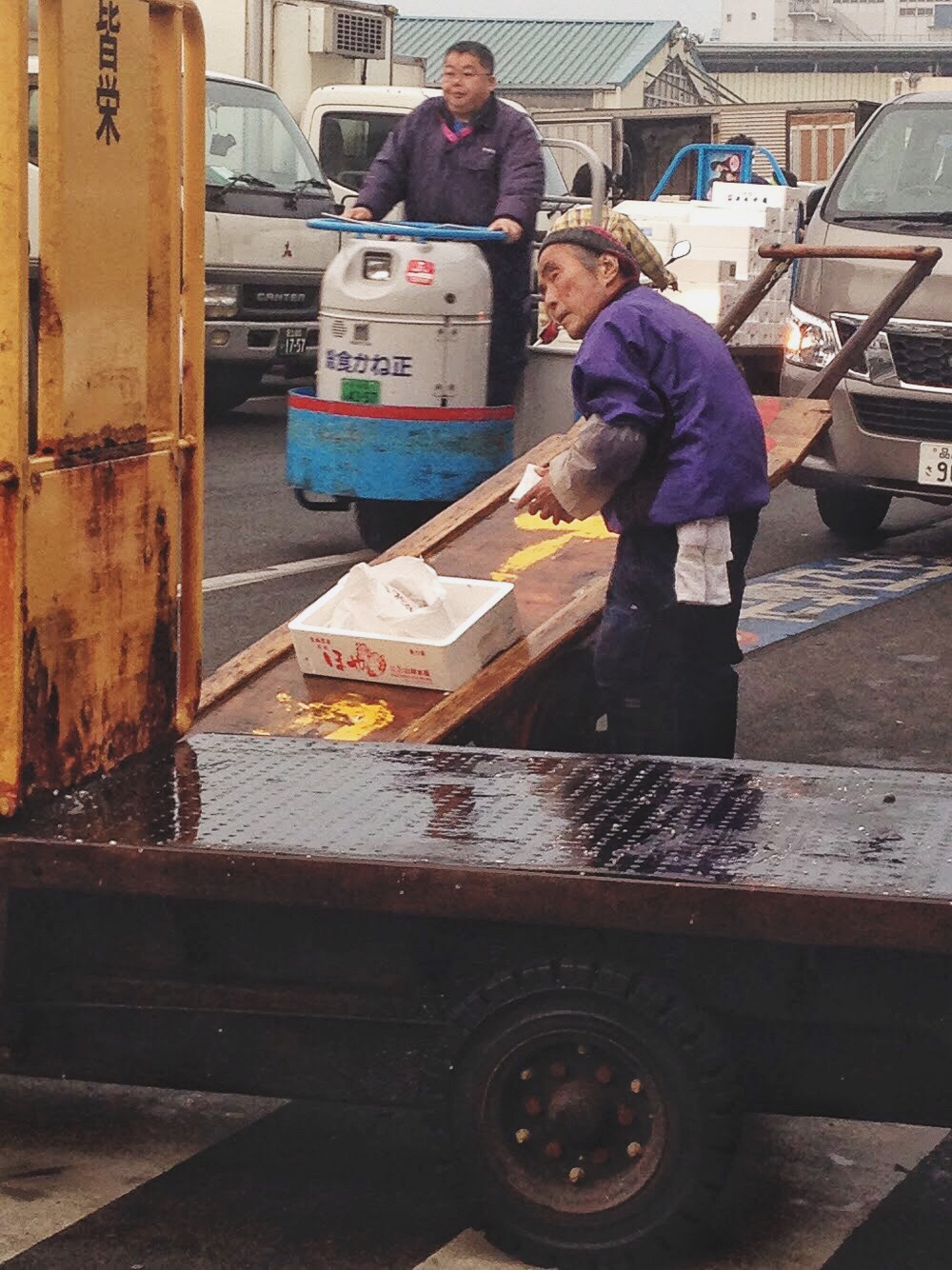 I do have photos of the sushi I ate, but y’know I’m not about dat life anymore so instead, look at this cute old man that was working at Tsujiki. You can’t really tell from the photo, but he’s SO SMALL. Like four feet tall *cry face* Also, everyone was zooming around in the funny looking cart the guy in the back is driving. There was also sooo many people driving around, but it all seemed seamless and smooth, like everyone was on their own specific track or something.

My first time on the Shinkansen (with another one passing in the opposite direction).

Owakudani is a station along the Hakone Ropeway between Sounzan and Togendai.
Sounzan is accessible from Hakone-Yumoto by Hakone Tozan Railway and cablecar
with a transfer at Gora Station.

The Hakone Ropeway. When this view first came into sight, I was actually facing away with my back to it. Then everybody sitting across from me started standing up and taking pictures so I knew something was up. I turned around and my mouth dropped. I’m grateful because I was sitting with my back against the front-side window, so I was rewarded the best possible view.

A hiking trail leads from the ropeway station to the peak of Mount Kamiyama and
continues on to Mount Komagatake from where you can catch the Komagatake
Ropeway down to Lake Ashi. The hike takes about 4.5 hours.
Mototsumiya is a short walk from the top station of Komagatake Ropeway, which
departs from Hakone-en at the shores of Lake Ashi.

This may look nice and peaceful, but the day that I went here, they were filming some sort of TV show so an entire film crew + actors + fans of the show were mobbing around all over the place. 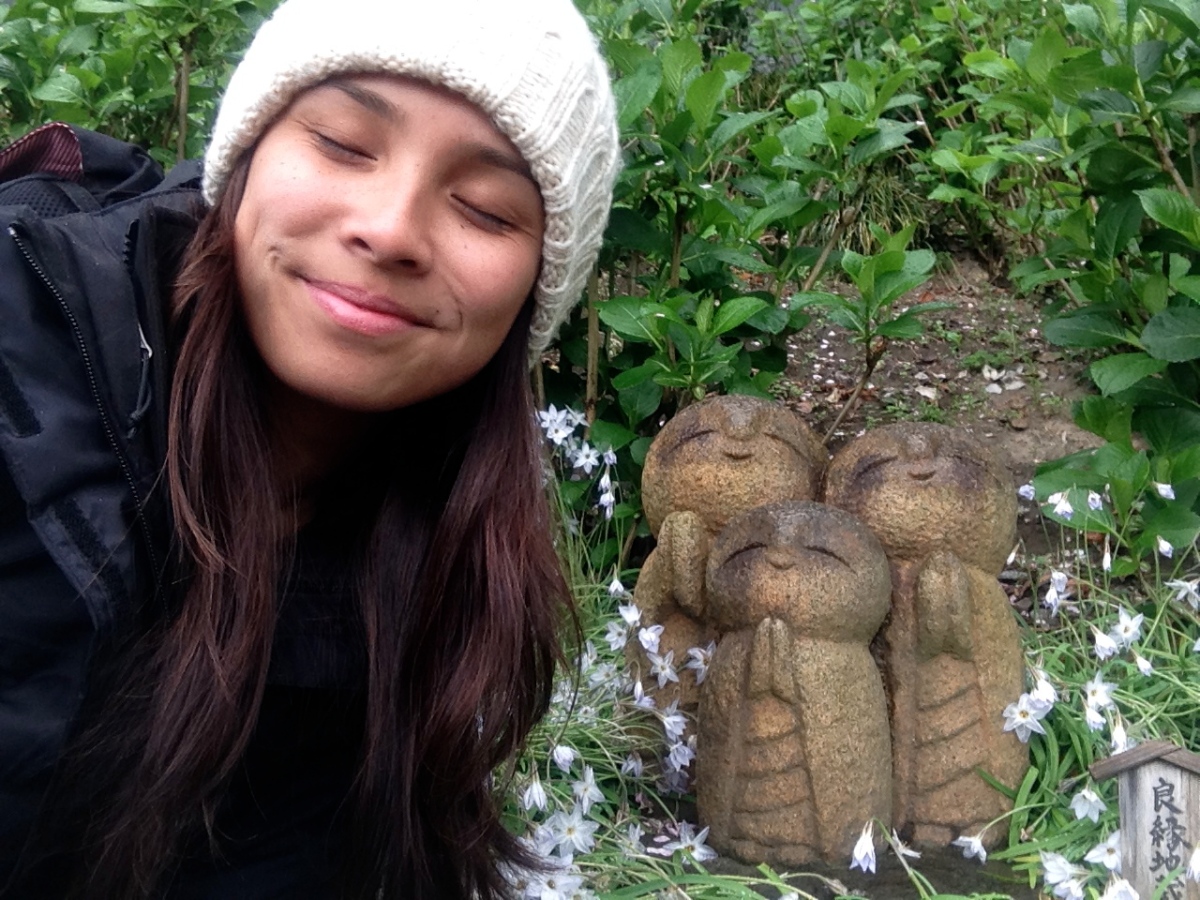 These cute little monk statues were EVERYWHERE. Trying to fit in hehe.

Trying to smile, but I was actually freezing my tuchus off. Also, Tokyo Disneyland is meh. Same as home pretty much.

Pro tip: Show up really early before the hoards of people come. 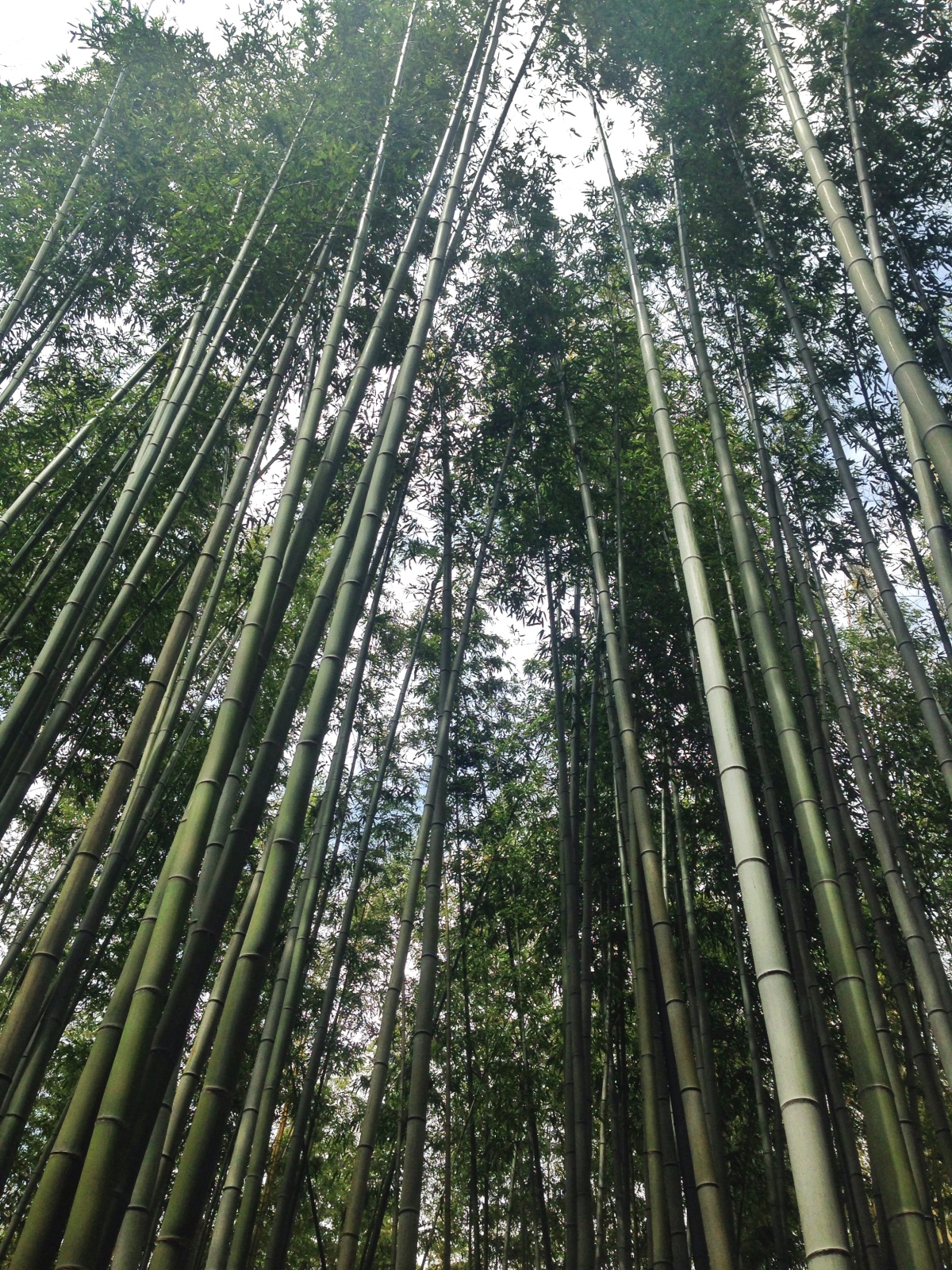 I actually didn’t spend as much time here as I thought I would (it was a lot smaller than I had originally thought) so I also walked around the district of Arashiyama itself,

which was lovely, to say the least.

Feeding monkeys was also pretty awesome (the humans are inside the caged area, while the monkeys roam free).

I don’t have pictures with any of these plans because I ended up scrapping the whole day, and took a two hour train ride into the castle city of Matsusaka instead.

Taking a two hour train ride through rural Japan was one of the best decisions I ever made on this trip. My eyes were glued to the window the entire time, and the ever-changing scenery ranged from trees in every shade of green imaginable, to rice paddies, to flat stretches of grass, to the occasional hidden gorge with houses perched at the water’s edge, much like this one. I’m not quite sure how I snapped out of my daze long enough to take this picture, but I’m really glad I did.

I literally wrote this, but ended up going to Tokyo DisneySea instead.

I MEAN LOOK AT THIS DETAIL. 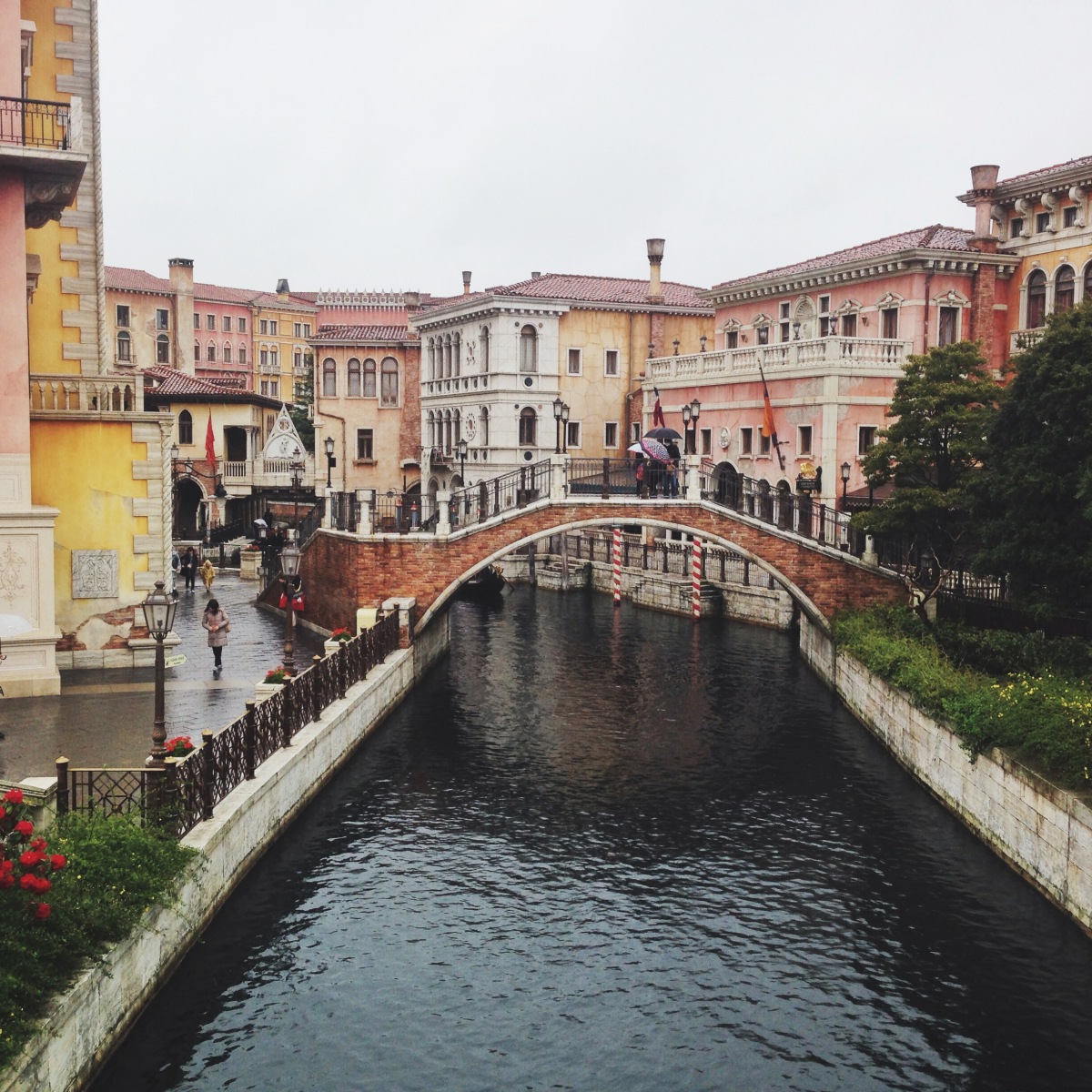 AM I IN EUROPE OR JAPAN?!

LOOK AT THIS TOWER OF TERROR. JUST LOOK.

And leave it to Japan to take it to this level with their churros smh.

Be back at Haneda Airport by 9PM.