I realize that I have a tendency to write a lot. Like a lot, a lot. So this is basically the TLDR version of my blog if you’re not into reading essays about my life (your loss, really). Some of these questions I do go more into detail about, and if I do then I’ll probably link them somehow. Anywho, please enjoy!

I was inspired to move to Australia after reading a blog written by a girl who left New York to live in Sydney for a year.

After reading about most of the major cities in Australia, I felt like Melbourne was more of what I was looking for—multi-cultural with great public transportation and not too big to seem overwhelming.

Did you know anyone before coming to Australia?

Had you ever been to Australia before deciding to move there?

What was the hardest part about making the decision to move?

Knowing I wouldn’t see my family and friends for a year.

Did you have a job lined up before you left?

How did you find a job?

I walked around Melbourne with copies of my resume and looked for places to apply to. I also went on Gumtree (basically an Australian Craigslist) and sent out a bajillion job applications, which worked for landing my second and third jobs, but ultimately it was the ‘Melbourne Hospitality Jobs’ Facebook page that helped me get my first job.

What’s the best way to find a job?

A combination of walking into places and applying online via Gumtree, SEEK, or the ‘Melbourne Hospitality Jobs’ Facebook page. I hear the ‘Melbourne Bartender Exchange’ Facebook page is also a good one (even if you’re not trying to be a bartender) although I personally never used it. The only catch is you have to be accepted as a member, but that shouldn’t take longer than a couple days.

How long did it take to get a job?

From the time I arrived in Australia, 23 days. Granted I spent the first week playing tourist and didn’t actually apply to any places until my second week.

Did you know where you were going to stay before you left?

I paid for two weeks’ stay in an 8-bed dorm room at the United Backpackers hostel on Flinders Street before I arrived in Melbourne, but I planned on looking for more long-term housing once I was actually in the country.

What’s the best way to find a place to stay?

Gumtree. The only thing that sucks is that you have to manually search different suburbs outside of the CBD if you want to find more options. I’ve lived in Brunswick West, Docklands, Ripponlea, South Yarra, Caulfield South, and then back to Brunswick again. I’m currently working on a post that compares all the places I’ve lived in Melbourne, but it’s not quite finished yet. Stay tuned.

Is living affordable compared to how much you made?

Definitely. In fact, you can find rather cheap accommodations as long as you’re willing to look for them, and even if you’re making minimum wage ($17.70), it is possible to find decent housing in the suburbs. Generally speaking, living further from the CBD (Central Business District aka center of the city aka downtown) is cheaper, while shared housing is also cheaper than getting your own place, but I’m sure you already knew that.

Were you scared or did you ever have second thoughts?

I never had second thoughts about going. Of course there’s always going to be that slight fear that things won’t pan out, but I knew that even if the decision was a mistake, it was a mistake that I was willing to make. I figured I’m still young enough to get away with making big mistakes. Later on, not so much.

Exhilarating. I experienced what it was like to depend on public transportation for the first time in my life as well as not knowing the names of 95% of the restaurants and retail stores that I saw. I realized that I was the one with the funny accent. It was like experiencing life with a clean slate. I didn’t have a history, background, anything. I could be whoever I wanted to be. Rather, I was going to see who I really was regardless of where I was.

I remember looking at the layout of Melbourne’s CBD on a map and the streets literally make a square grid, the easiest thing to understand ever, and I still could not for the life of me remember what was north or south or east or west. I remember thinking that I had absolutely no clue, but that one day, I would know Melbourne like the back of my hand. And now I do.

What was the most difficult thing to adjust to?

The damn four seasons in one day.

What was the worst part about the beginning?

Waiting to get a job and spending most of the money I came to Australia with before getting a job.

Was it easy to make friends?

In the short term, hostels are a great way to make friends, and on day two, I befriended seven of my bunkmates. The spirit of adventure was strong with us, and we were able to bond in an extremely short amount of time. But then, as people staying in hostels often do, they left. I was the only one staying long-term, and felt bummed that I’d have to start the friend process all over again.

I got lucky enough to live with a couple great house mates as well, but I felt that I made my more long-term friends at work. This was mainly because these were the people I spent most of my waking hours with, day in and day out, especially during the holiday season. Not to say you’re guaranteed friends once you get a job, but it’s definitely a lot easier that way. Also, this is always going to be a ‘you get what you give’ kind of thing. So be a friend to get a friend, it’s pretty simple.

Did you ever get lonely/homesick?

Initially, my trip to Australia was meant to be a solo trip so I began the trip thinking it was just going to be just me the entire time. I was told that the first three months abroad were going to be the hardest. In the beginning, I thought that I was okay because everything was new and exciting, and that the homesickness would hit me later, but it kind of just never did… I’m sure it would have during the holidays, but by then my partner, Shahan, joined me and we had our own little celebrations together.

What did you like most about living in Melbourne?

Would you have stayed longer if you could?

I think I always knew that I was going to return home at the end of the year. Although I was able to stay for another year if I wanted to, I felt like I already satisfied the reason I left in the first place–to see if I could make it in a completely new environment on my own. I know I wasn’t technically on my own for most of it, but it was still a learning experience all the same. By the end of the trip, I was not only confident and comfortable with what I knew, I was also enjoying the experience for everything it was worth.

Pretty much starting all over again. Let the adventure begin. 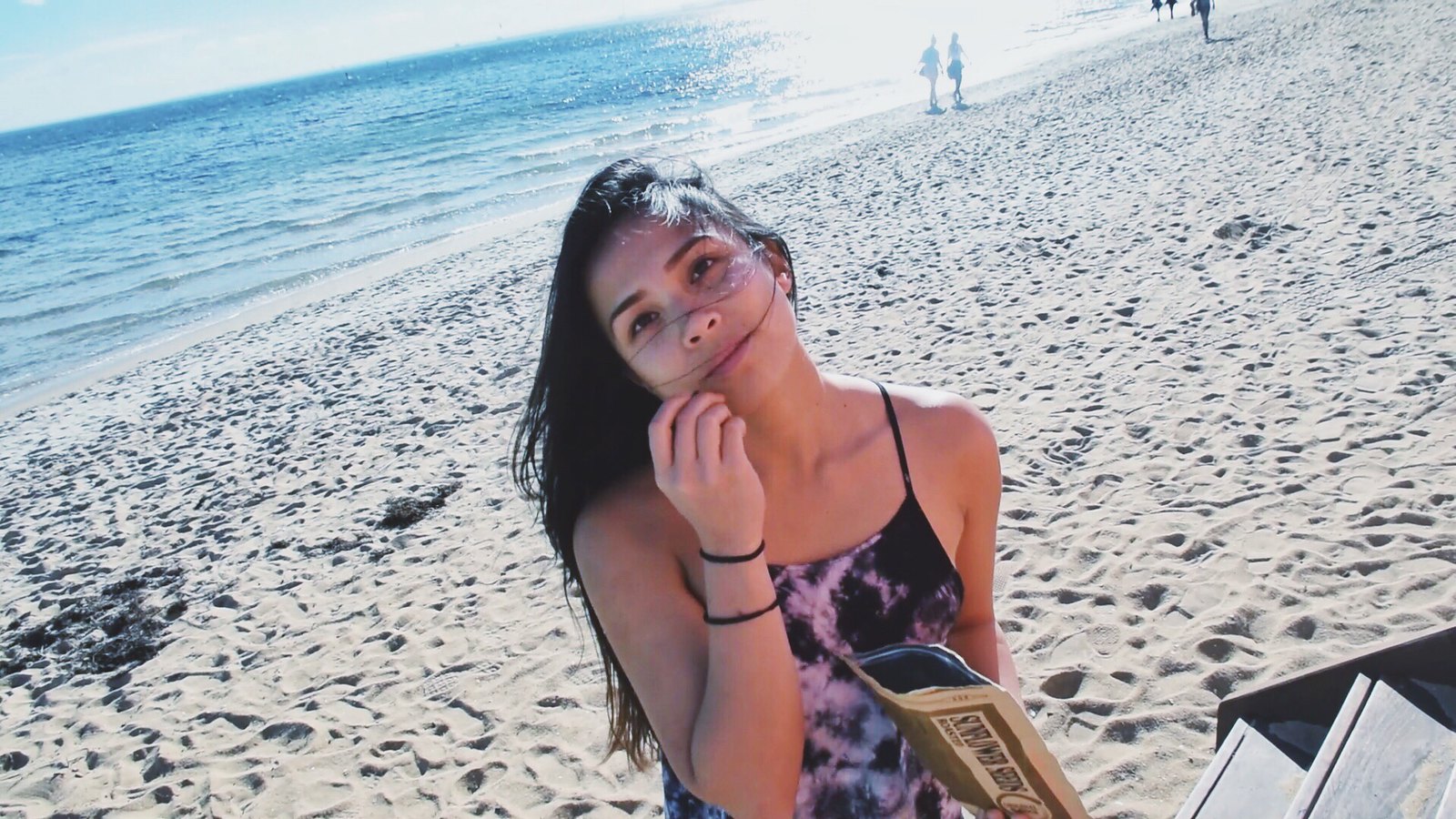